I’ll move to Paratext 9 when I’m forced to… 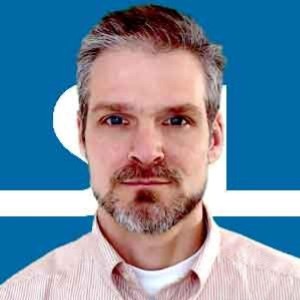 Paratext 9 has been out for seven months now, and it is clear from the feedback we received that most people who have upgraded are enjoying it. The upgrade path is extremely smooth since there is no migration process, allowing teams to upgrade their users one at a time as they feel ready. Now, as we patiently wait for everyone to upgrade, Paratext 9 is getting all the improvements that users like you have requested, while Paratext 8 is only in maintenance mode.  Occasionally we discover users who are holding on tightly to Paratext 8, claiming that they’ll only move to Paratext 9 when someone forces them to.  This is certainly not the result we were hoping for! Recently, one user helped us to understand the root of this problem.

A translation consultant contacted me about a year ago with a new feature request for Paratext. She wrote, “There are so many project and resource windows on my screen. Would it be possible to drag one or two windows and drop them on a second monitor?”

I knew that the problem of not enough screen space was one that many users brought to our attention. As a result, it was a major development focus for the new version. We made numerous improvements to fit more content on the screen, including the very feature she was asking for. I was brimming with excitement when I replied, “Guess what?! This feature has already been included in Paratext 9. Just wait for the beta version next month [June of last year] and try it out!” Normally users have to wait a year or two before seeing their suggestions implemented, so it gave me great pleasure to reply and let her know that her wish had already been granted.

The problem was solved, or so I thought, until I checked back with her in February, nine months later.  “How are you finding Paratext 9?”, I wrote, half expecting a glowing review. But her answer came as a shock:

“Oh dear, the one question not to ask! I know that you have worked hard on this new interface, but I find it difficult to use and for the moment, I prefer to work in Paratext 8 where I know my way around. I’ll move to Paratext 9 when I am forced to.”

This Paratext user is not alone. Can you identify with her? Have you tried Paratext 9 only to abandon it because you couldn’t find where things were and it was consuming too much of your time? Was the interface too confusing? Maybe you haven’t tried it yet, but have decided against it based on the comments of someone else who had a negative experience.

That’s OK!  It is hard to switch to using Paratext 9 without any assistance at all, and that was exactly the problem this translation consultant was having. But would you believe me if I told you that two weeks later I received an email from her that had the subject line, “Wonderful!”? … and that she is now an avid fan of Paratext 9?

What could have possibly changed her experience from
“Oh dear”  to “Wonderful!”
in such a short time?

The simple answer: She watched the tutorial videos that demonstrated how the new menus and windows work. Now she could see and practice using it successfully, instead of trying to figure it out on her own and getting frustrated. The videos brought about a radically new perspective–and if you are willing, we’d like to show you too. You’ll learn just what is needed to make your upgrade experience positive.  Our goal is to make you more productive in translation with Paratext 9!